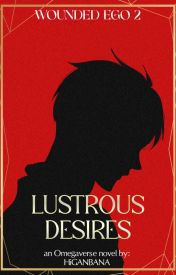 Translated by: Rika
Edited by:

Hiroto Moriya is a Beta and a tattoo artist. Barely living off from his own expenses and the eagerness to support his family, he entered the underground business without thinking. He had a fateful encounter with an Alpha named Kyouya Sagano. And since then became addicted to him.

Chat with us on Discord!

For upkeep of the site and for supporting your favorite translators!